Home › Helpful Information › How to unlock your phone from any network

How to unlock your phone from any network

There is an estimated spend of around £50 Million pounds a year on phone unlocking. Many mobile phone users unlock their devices to take advantage of cheaper sim only contracts, better signal on other networks or even to boost the phone’s value for resale. So, how do you unlock your phone from any network?

Why is my phone locked?

A phone locked to a network will only work with a sim card from that carrier’s provider. This means that phones are guaranteed to place calls, send texts, use data and thus make that provider money.

However, even if your contract with a carrier ends, this does not automatically unlock the phone. You will need to ask the carrier’s permission to do this.

This allows the carrier to retain their customers and only switching with their permission, which is normally alongside an unlocking fee.

How to check if my phone is locked?

The easiest way is to try using sim card from a different network. If you are unable to get a signal or place calls on this new sim it is likely to be because it is locked.

Most modern smart phones will typically tell you if it cannot use the sim card. What’s more, many phones will immediately display the on-screen instructions for unlocking your device, asking for an unlocking key.

My phone is locked how do I unlock it?

Whichever route you choose to go down to unlock your device, the service provider is going to ask for your phone International Mobile Equipment Identity number (IMEI number). This is a unique number that only exists on and for your device.

This number is printed in a couple of different places. It is fifteen digits long, comprised only of numbers and sometimes a few forward or backwards slashes.

You can find it on the original box. Under the barcode it will list “IMEI 1”. In addition, on some devices, the IMEI number is etched onto the back of the handset or on the inside of the sim card tray. 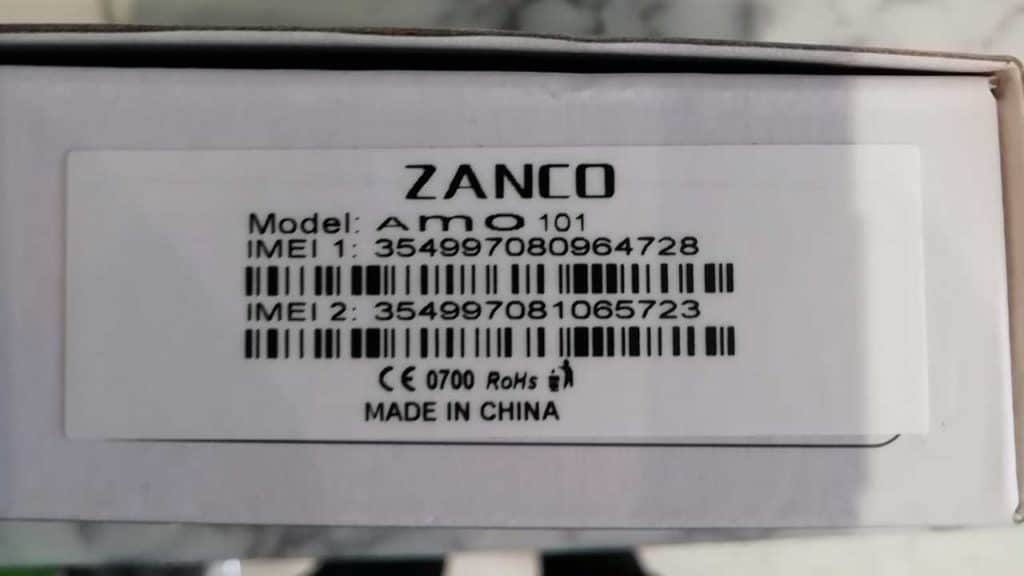 How to unlock a phone from any network IMEI number on the handset’s box.

The best and easiest way is if your device can be powered on and by dialling *#06#. This will instantly display the IMEI number, and is so much easier to read on-screen than off of the back of the box or the sim card tray. Take a note of the number as you will need it later.

The next step would be to contact your network. The price and time-frame to unlock your device can vary from network to network. It also depends on how long you have had your phone for and what kind of contract you are on.

How much does it cost to unlock a phone?

The price to unlock a phone can start at anywhere from £20 and go all the way up to £150. Most networks can unlock a phone within 30 days, although some reserve the right to refuse or take longer depending on the contract.

The quickest and easiest way to get your phone unlocked is to search for your handset on our website. Next, select which network you want to unlock from, we can typically get your device unlocked in 2-5 days.

However, there are a few networks that unlock devices for free if you get in touch with them.

Pay as you go and monthly payment EE phones are all locked to EE.

EE will only unlock Phones that have been used for at least 6 months. However, if your handset is out of contract they will unlock your phone for free. You simply need to dial 150 from your EE Phone.

If you have an iPhone or iPad these can be unlocked within 7 days. Other brands such as Samsung or Huawei can take up to 14 days to be unlocked.

Phones Purchased before 2014 will be locked to the Three network. Any other phone purchased after 1st January 2014 year can already be used on other networks.

If you do have a Phone that is over seven years old then Three will unlock it free of charge if you contact them.

The phone unlocking process itself takes around seven days.

Provided that you have used your handset for at least one year, Tesco Mobile phones can be unlocked for free.

Simply, call 4422 from your Tesco Phone. This will not work on any of the newer devices however as they will not have been in use for 12 months.

Unlock times can vary from 7 – 20 days. This is the advertised time-frame.

You can in some cases get your phone unlocked for free by O2 if it is out of contract and has been for at least 60 days.

In this case if O2 approves, you can get your device unlocked in around 72 hours, free of charge. Simply call 202 from your 02 Phone or visit the 02 website.

The other major networks in the UK all charge to unlock phones. Some of them do have stipulations about not offering to unlock a phone until it has been used for at least 30 days. This is to stop devices being imported to other countries on the grey market.

If you were looking to get your device unlocked quickly, locate the make and model of your device on our website. Then scroll down to the bottom of its repair page to find the network unlock options.