The best phones of 2019 are quite a controversial topic. Best normally refers to the upper end of what a phone from that year can provide. So, typically a lot of articles look at premium flagship models. Normally they don’t look at the most valuable phones available from that year.

Core features of the best phones of 2019

Many articles will simply look at the most recently released iPhone, Samsung and Huawei and call it a day. These flagship devices, while good, come with a high price tag. Sometimes they come alongside features that are not necessary.

The four core features that we think are important for the best phones of 2019 are screen, speed, battery and camera.

So, without further ado, let’s get to it.

The Google Pixel 3A

The Google Pixel 3a is our personal favourite phone of 2019. Google seems to go through this cycle of releasing a high-end premium phone, not selling many units, and then releasing an “A” variant with a slightly weaker spec. As a result, the company sells out of them.

The Google Pixel 3a is essentially a Google Pixel 3, but at half the price with only a few downgrades. It has been highly praised for its high output at a low price point. It is very similar to the Google 3. The only thing holding it back from being a high-end phone like its brother is it’s slightly slower processor and lack of wireless charging.

In all other aspects it is identical. What’s more, the phone comes in at a very low price point. This is surprising as it has the camera and the display of a high-end flagship device, but costs slightly less than most of the mid-range devices on the market. If you are looking for a good mid-range device, look no further than this. 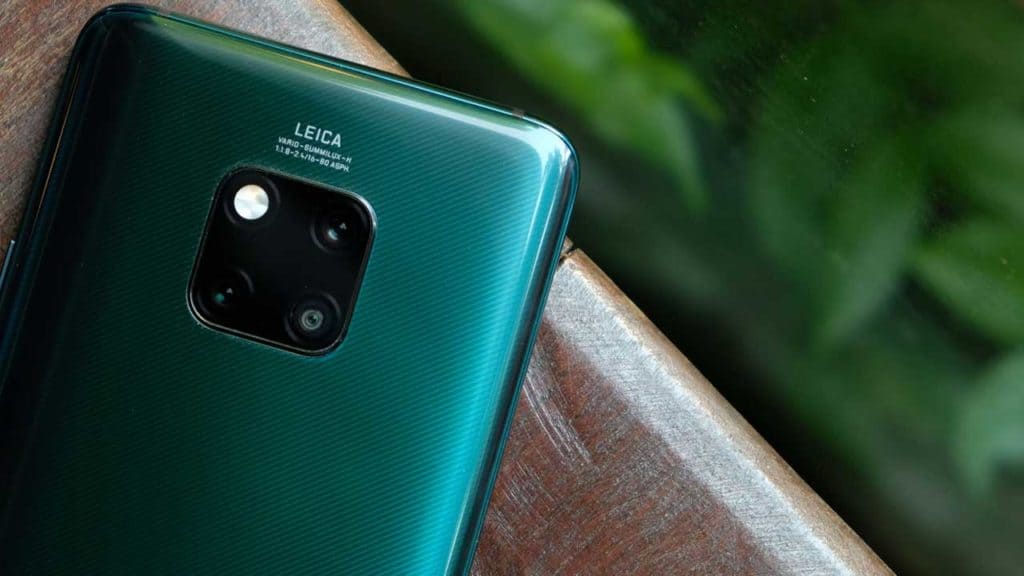 The Huawei Mate 20 rear camera has an impressive Leica lens.

The Huawei Mate 20 represents another pretty good mid-range phone that has nearly everything the Pro Version has, but for £200 less. The phone only lacks true waterproofing and some of the cameras have had a slight megapixel downgrade.

The Mate 20 has some very good battery life by using a 4000 mAh unit. In addition, having the latest in fast charging technology means that it can power up to 85% in just under 45 minutes.

Additionally it has a full compliment of cameras. A 12mp main, 8mp telephoto and a 16mp ultra-wide lens. What’s more, all of these have a 2x optical zoom. This means that every single camera on this handset has a function and a purpose.

This phone actually has the best processor available for a mid-range device. The handset has a Kirin 980 chipset with AI that would be perfect for playing games on. 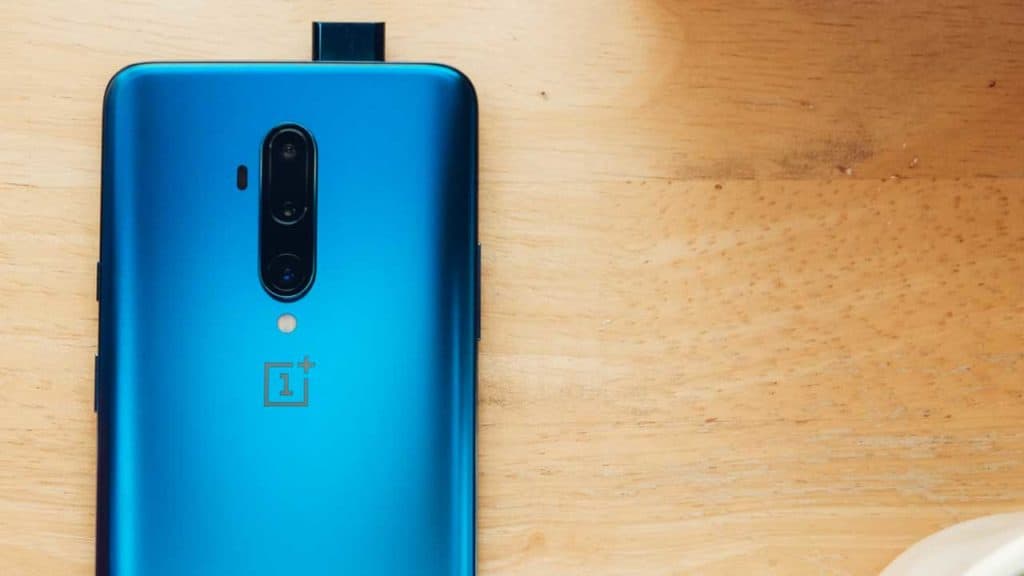 The OnePlus 7T is the phone the flagship phone to have. It’s taken what was good about the One Plus 7 Pro, and improved on it.

It’s the fastest phone on the market from 2019 featuring a Snapdragon 855+, 8GB of RAM and 256GB of storage space. Quite simply, it’s putting many of the previously mentioned devices and processors to shame.

That’s not all though. The OnePlus 7T features a pop-up mechanised selfie camera. As a result, the whole of the screen runs from top to bottom without a single blemish or punch whole.

Speaking of cameras, its triple arrangement outstrips most other flagship phones. Featuring a 48MP main, a 16MP ultra-wide angle and an 8MP telephoto camera, you won’t find such a balanced group on any other device.

If you are concerned that all these high-end processors and cameras might drain the battery quickly, it has a average life of around 32 hours from full charge. Furthermore, the 7T can quickly jump back up to 70% in 35 minutes using OnePlus’ warp charging technology. 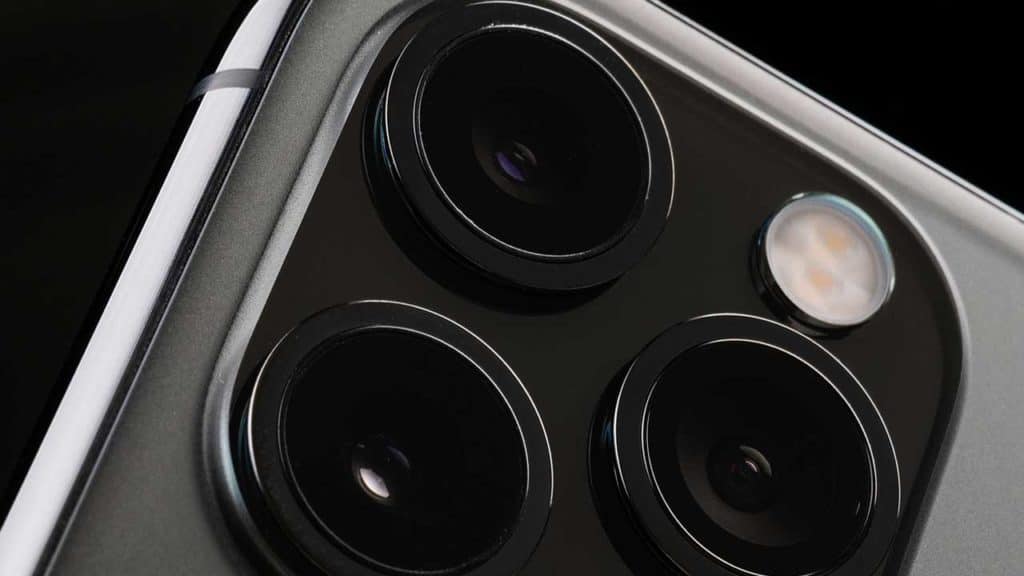 The iPhone 11 Pro has an awesome triple lens camera.

This isn’t the biggest or most expensive device that Apple released. However, we believe that the iPhone 11 Pro Max might be a bit excessive. You certainly can get all that you would possibly need in the iPhone 11 Pro.

No other phone from 2019 can match the iPhone 11 Pro in power, capability and size. Neither can they match it in price, as this is a high end flagship phone priced at £900+.

What’s best and most noticeable about the iPhone 11 Pro is the low light option on the camera. While the full camera compliment doesn’t have a high camera resolution, the technology behind the software makes it process some very sharp pictures regardless of the light conditions.

Sacrificing 3d touch on the display in order to fit in a better battery, the 11 Pro lasts up to eight additional hours compared to the previous flagship iPhone XS. Therefore, this phone can break into the two days without requiring a charge bracket. It can however be fast charged, running up to 50% in under 30 minutes.

If you are looking for an excellent phone for photography, look no further. While its megapixel rating is lower than most flagship phones, the software behind it makes up for that, and even pushes it past the likes of the Samsung S10.

In our opinion these are the four best phones of 2019. While they might not all be flagships, and some of them have their downsides, these are good, well-balanced phones that are worth the price that you pay for them.

Furthermore, these phones are also relatively easy to repair. They still have spare parts available for them.

If you did have issues with any of these devices, we would be more than happy to assist you.
Check out our page of repairs for each of these devices and book your repair today.