5 things you really didn’t know about the iPhone

The Apple iPhone has been around for many years and has seen many different innovations and iterations since it was introduced in 2007.

The story of the iPhone starts as one of innovation. Apple’s designs and the need to push the market forward have been credited as the reason why phones are designed the way they are today.

There are hundreds of articles and videos published everyday covering new features, news and theories about the future.

With all that information available almost everyone knows most of Apple’s story and many of the features described as “hidden” are well known and used daily.

In this article we are going to try and reveal some facts you hopefully didn’t already know about the iPhone.

1). The first iPhone wasn’t made by Apple

What it shares with Apple is the need to innovate. In the early 90’s the internet was just coming into people’s lives. InfoGear saw that people would need devices that could complete multiple functions so chose to combine a computer with Internet access and a telephone.

While this device never got the attention of the modern day iPhone under Apple’s branding, it did have a dedicated series of buyers. These were in the business world, who saw it as a useful tool and followed each new release until Apple made an agreement with InfoGear in 2007 in regards to the use of the name in different markets.

Today if you Google the word iPhone, Apple is of course the first result alongside many secondary sellers like Amazon and eBay. You will struggle to find a mention of InfoGear’s iPhone unless you dig deep into the internet.

The rest is history.

2). The First Apple iPhone was a failed iPad

Development for the iPhone began in 2004 shortly after Project K48 (what would later become the iPad) was scrapped due to technological restrains at the time. The Project was an attempt to make use of the technology that had been developed for the currently failing iPad.

The project ran into many issues, although no specific information has ever really been released except from a few references to crude, implementation of projector technology.

The team that designed and built the iPhone was the made up for the K48 team alongside several of Apple’s lead engineers. The project was secretly funded by AT&T Mobility and the development cost of the device was $150 million, even with the previous research and technology developed for the iPad.

The Launch of this device put Apple on the map as a mobile phone provider, briefly making them the third largest mobile phone manufacturer in terms of revenue for a number of months surpassing even Blackberry which was very popular at the time.

Project Purple was very successful. So successful that it funded further development and the eventual successful release of the iPad.

Back in, 2007 the idea of having a touch screen that did not need a stylus to activate it had not been seen before.

Even Apple themselves had been unable to design a screen that could be interacted without a stylus on their Newton MessagePad 100.

Young Kwak, head of LG Mobile Handset R&D Center, said at a press conference: “we consider that Apple copied Prada phone after the design was unveiled”. None of these claims were ever taken any further and as you have read so far the iPhone had already been in production for a few years before these announcements.

It’s very controversial as Apple has inspired its fair share of copycats. 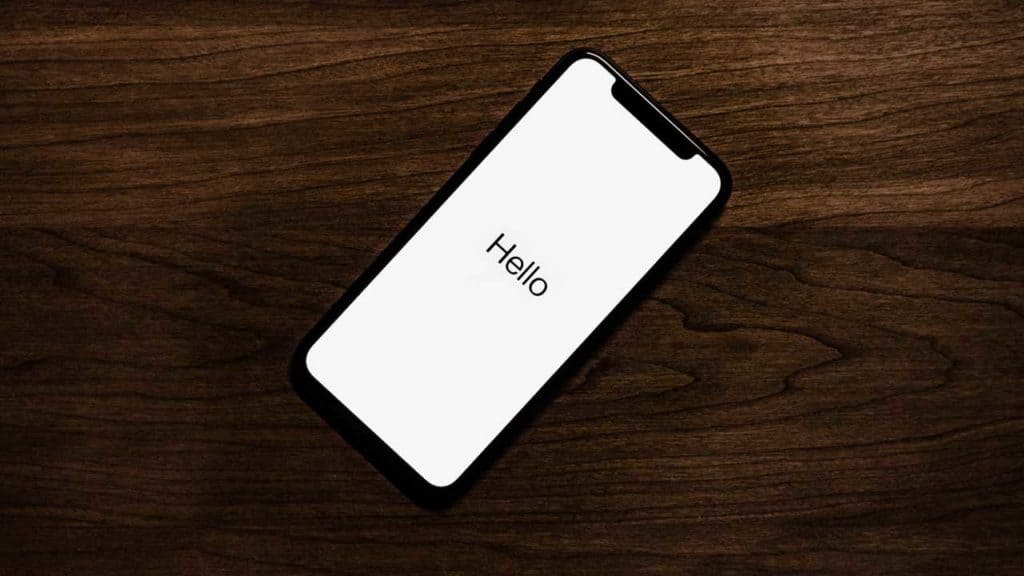 4). The iPhone does not have a real home button

This was introduced in the iPhone 7 when Apple opted to remove the mechanical home button in favour of piece of capacitive glass, this piece of glass uses the internal tactic engine to click back at the user giving the illusion that a button has been pressed.

This made for a more secure seal on the iPhone 7 increasing the water resistance while also making the home button less prone to failure as it could no longer be pushed to hard into the phone and be cracked or snapped.

This home button also appears on the iPhone 8 and SE 2020 alongside the plus variants, and may have continued if Apple had not changed the design of the iPhone for the iPhone X.

This kind of home button still appears on the iPad though, continuing a cycle of Apples core lines being used to develop new technology for each other.

Maybe one day we may see an iPhone with a USB-C port, which is the standard in the latest iPads.

5). There is no iPhone Nine

There was an iPhone 8, and iPhone 8 Plus and an iPhone X, iPhone 11 and iPhone 12, but no iPhone 9. Something which many people don’t seem to consider.

Apple caused a fresh wave of confusion with its unconventional naming tactics with the iPhone X released alongside the iPhone 8 back in 2017. It was the iPhone of the future, representing 10 years of technology and was the iPhone with the shortest shelf life to date.

This iPhone was discontinued 8 months later with the release of iPhone XR, iPhone XS and iPhone XS Max, stating the iPhone X was special edition, making the XR and XS the true 10th iPhone line, or maybe even the 9th

Apple’s releases and the difference between the lines are a point of debate amongst the Apple fans many people consider the iPhone 7 and iPhone 8 to be so similar the iPhone 8 may as well have been the iPhone 7S.

In that vein, there is no true answer to what happened to the iPhone 9 or whether the iPhone X is the iPhone 10.

Which device do you think is the true iPhone 9? The X, XR or XS. We have even seen some argument for the iPhone SE 2020 being the closest thing to an iPhone 9.

Hopefully you’ve seen a few facts in this article that you didn’t already know. Maybe you know a few things about the history of iPhones we have not encountered.

While we are very experienced with repairs and have over, 20 years of experience repairing phones of all makes and models we are always looking to learn more.

If you’ve got some interesting information, to share let us know!

If you’ve got a iPhone that needs a repair, iPhone 8 Screen repairs, iPhone X Battery replacements, iPhone 11 back glass replacements no matter what you might need you can find and book your repair online today!